June Halper is a certified adult nurse practitioner who has specialized in multiple sclerosis since 1978. She was a founder of the Gimbel MS Center in Teaneck, NJ and has been the Executive Director since 1989. With the Multiple Sclerosis Research and Treatment Center of the New Jersey Medical School, UMDNJ, the Gimbel Center established the Multiple Sclerosis Network of New Jersey in 1998. In 1993, the Gimbel MS Center was named the administrative seat of the Consortium of Multiple Sclerosis Centers, the largest organization of MS healthcare professionals in the world. Ms. Halper was president of the CMSC from 1995-97 and has been the Executive Director since 1997.

Ms. Halper spearheaded the development of a national task force on disabled women’s health issues which culminated in a nationally attended conference in June 1996 which focused on autoimmune diseases and women. She has published and lectured extensively on multiple sclerosis and its ramifications and is the editor of Comprehensive Nursing Care in Multiple Sclerosis and Advanced Concepts in Nursing Care in Multiple Sclerosis, and co-editor of Staying Well with Multiple Sclerosis: A Self-Care Guide. Ms. Halper chaired the first Multiple Sclerosis Nurse Specialist Consensus Committee’s development of a monograph on the nurse’s role in adherence to complex protocols; the impact of cognitive impairment in MS nursing care; and the nurse’s role in patient’s and family’s quality of life. She chaired the second such committee which published Multiple Sclerosis: Best Practices in Nursing Care, Disease Management, Pharmacologic Treatment, Nursing Research. She is a member of the American Academy of Nurse Practitioners, the founding director of IOMSN, the International Organization of MS Nurses, and the recipient of the IOMSN’s first June Halper Award for Excellence in Nursing in Multiple Sclerosis. She was inducted as a Fellow into the American Academy of Nursing in November 1999. 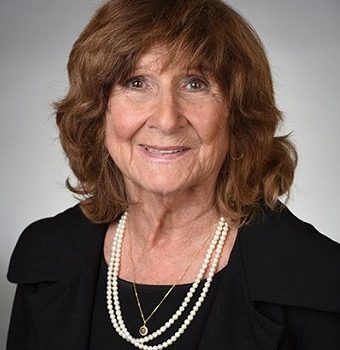